Suites with whirlpools and facial recognition check-ins? Yes, your most luxurious vacation awaits. Announced in March 2017, the world’s largest cruise ship — Royal Caribbean’s Symphony of the Seas — is unlike any of its predecessors. Weighing in at 230,000 tons, the vessel will debut on March 31st out of Barcelona, Spain. 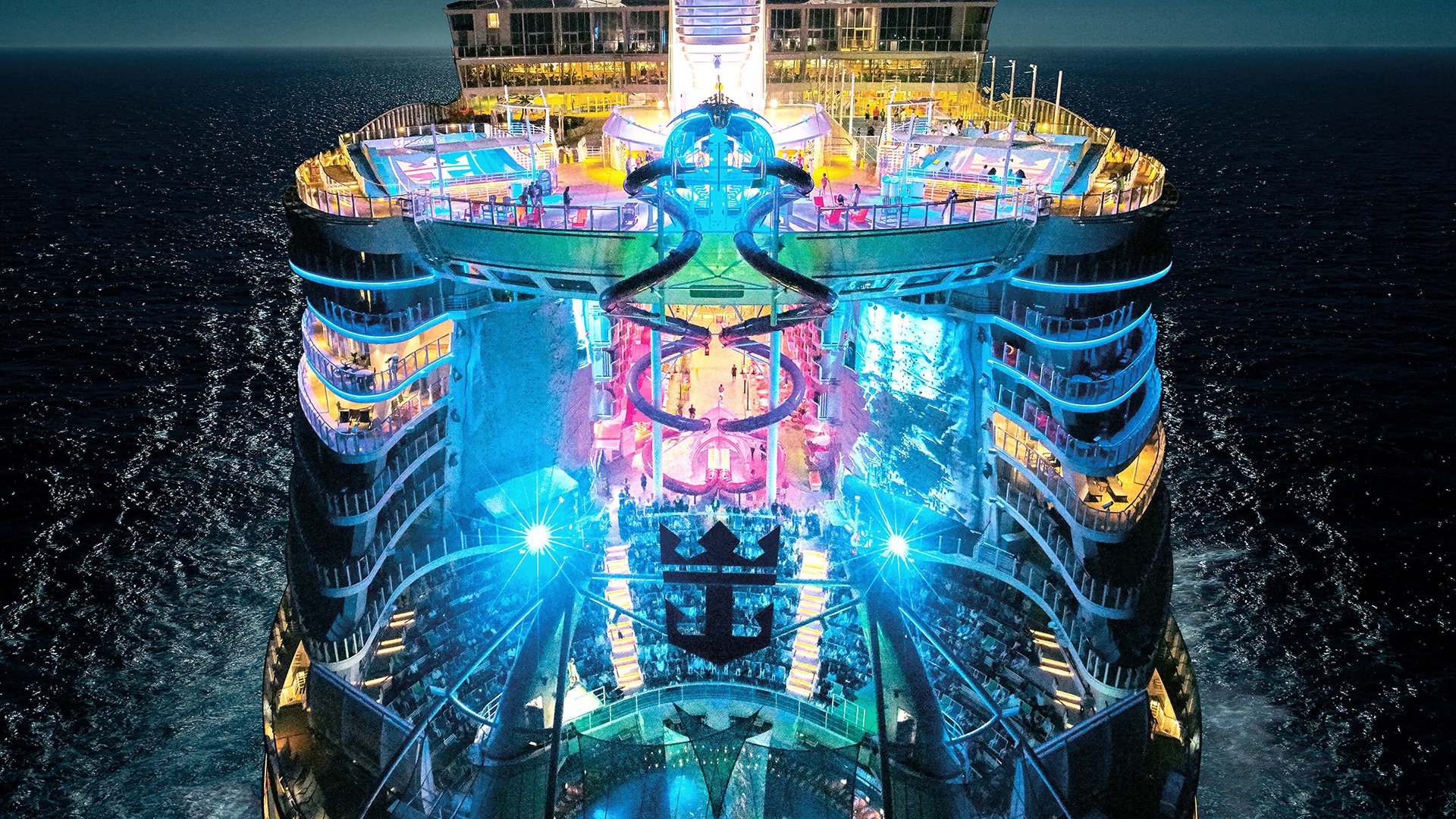 Taking the crown from the previous largest cruise-liner — Royal Caribbean’s Harmony of the Seas — Symphony will carry an impressive 5,500 passengers in its 2,774 cabins. Reaching 1,188 feet long and 215 feet wide, its 1,346 square-foot family suite includes two bedrooms, sleeps eight people, and features a host of exciting facilities, such as an in-room slide, a 3D cinema room equipped with a popcorn machine and video games, a whirlpool on its wrap-around balcony, a LEGO climbing wall, and an air hockey table.

Impressed? There’s more. By using the cruise-liner’s mobile app, passengers will be able to upload a security selfie to their account before embarkment and head to their cabins after a screening. What’s more, the 18-deck Symphony will include a 10-story waterslide and dozens of restaurants, bars, and lounges. Popular attractions will include the Bionic Bar, where drinks are served by a bionic arm, and a flashy sports bar will show off 30 large-screen televisions and an arcade. One thing’s for certain: the future has arrived.

The new ship will spend its inaugural summer season — from April to October 2018 — in Europe, calling at Barcelona, Palma de Mallorca, Provence, Florence, Pisa, Rome, and Naples before arriving at a new 170,000 square-foot state-of-the-art cruise terminal in Miami. Symphony is scheduled to sail to the Caribbean out of Miami starting in November 2018.

With the arrival of Symphony, Royal Caribbean will have a fleet of 25 vessels. Similar to other ships, Symphony will offer seven-night cruises.

Looking to sail the seas with Norwegian? Check out what to expect on the Getaway.

Fuzzy little sunshine ball and a tree swallow squabble. 🐥🐦
My first capture of a puffy little great horned owlet. 🦉
Obsessed. 🦖 Check out those velociraptor talons. And the pretty flowers. 🌸
Embrace the seasons in your life. There is magic in change.🌷🌻🍂❄️
On a mission. 🪶
It's officially spring when the ospreys are back! 🦅 This pair is tidying up their nest for the arrival of their little ones. 😍
© 2022 Sprangled.